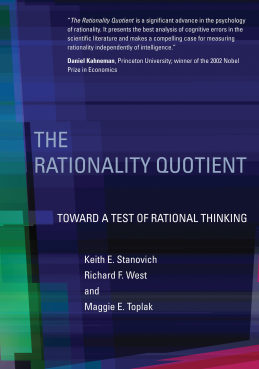 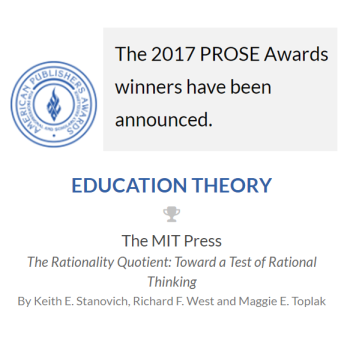 We seem to be surprised when smart people act foolishly, however, smart people do foolish things all the time.  Misjudgments and bad decisions by highly educated bankers and money managers, for example, brought us the financial crisis of 2008.  Smart people do foolish things because intelligence is not the same as the capacity for rational thinking.  The Rationality Quotient explains that these two traits often (and incorrectly)  thought of as one, refer to different cognitive functions.  The standard IQ test, the authors argue, does not measure any of the broad components of rationality which can be defined as adaptive responding, good judgment, and good decision making.